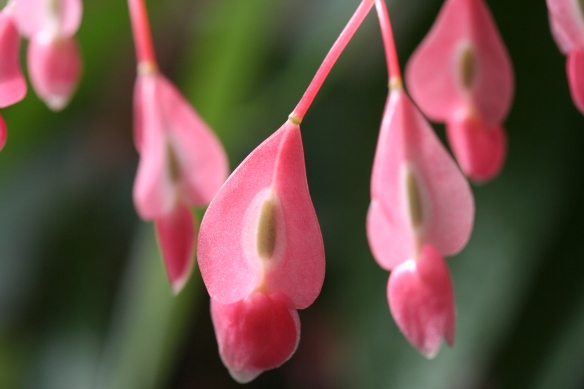 The house is full of flowers at the moment, including this Begonia which sits by my desk.

The house is not short of flowers at the moment: the Amaryllis has flowered for the second year after a few weeks over Christmas spent in the dark and cool of the outhouse. The Lemon tree is covered in scented blooms which soon either drop or hang on to alert us of fruits to come. Orchids are in flower or bud on every windowsill and a pair of Begonias, both the results of gifts of cuttings from friends, have been in flower for many months.

Its Spring-like in the house, even if its a bit chilly outside.

I am glad the world did not end at the end of last year. The French took it all in their stride, but various individuals descended on a tiny village in the Pyrenees to await the planet’s final days, convinced there were aliens hiding under the mountain and hoping to hitch a ride out of the impending disaster. Apparently the Mayans, or perhaps the Aztecs, said so. No-one could pretend the health of the planet is in good shape these days but that particular hiccup seems to have passed us by safely; my wife’s birthday, Christmas and New Year were all celebrated by our household without difficulty. 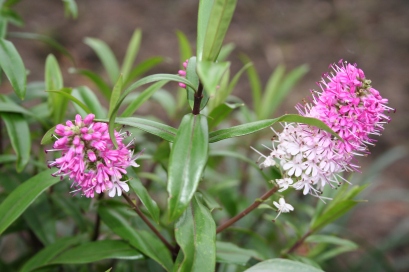 Hebe Great Orme. This plant was raised from a cutting as an insurance – just as well as the mother plant died last winter.

In the meantime, I have had several requests for the results of my Christmas garden flowers survey so here is the small list of flowers from our garden in Central France:

In addition we have a house full of orchids, a couple of Poinsettias’ and a Cyclamen in the windowsills, all flowering their hearts out and a real joy at this grey time of year. 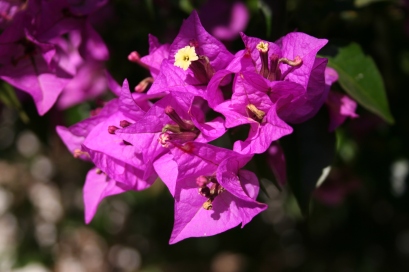 None stop flowering in Almeria, Spain

Immediately after Christmas I had business in southern Spain, where it was a very different story. Gardens and street planting featured many flowering plants, most of which would be treated as houseplants in this part of the world.